PARIS: From Monday (Jul 20), shoppers entering the bakery in Paris where Kalil Gaci works are required by law to wear a face mask, but his customers are taking the new rule in their stride.

“There’s no problem in wearing one, I’m completely for it,” said Elina Outh, a 22-year-old business student who called in to buy some of Gaci’s pastries.

“What’s happening makes sense and I think it should have happened a long time ago.”

Government edicts about wearing face coverings to curb the spread of COVID-19 have touched off fierce debate in the United States and elsewhere about civil liberties.

In France, most people accept them as a necessary tool to fight the epidemic.

A nationwide ruling requiring face coverings in shops, banks, covered markets or any other enclosed public space came into force on Monday. Anyone violating the rule is liable to pay a €135 (US$155) fine.

Ministers accelerated the rule change because, even though the disease has abated nationwide, there have been localised flare-ups that sparked fears of a second wave. More than 30,000 deaths in France have been linked to COVID-19.

At the covered market at La Baule-Escoublac, a resort on France’s Atlantic coast, a sign was displayed reading: “Stop Coronavirus. The wearing of a mask is mandatory.”

A fishmonger at the market, who gave his name as Gregory, said shoppers had been complying. “Since lockdown, people in La Baule were used to almost always wearing a mask, so people are respecting the rules,” he said.

Mon Jul 20 , 2020
Protecting nature will be at the heart of the UK’s recovery from the Covid virus, Environment Secretary George Eustice has said. Speaking to environmental organisations he said that leaving the EU allows Britain to develop smarter rules to safeguard green spaces. He promised post-Brexit regulations tailored to enhance habitats without […] 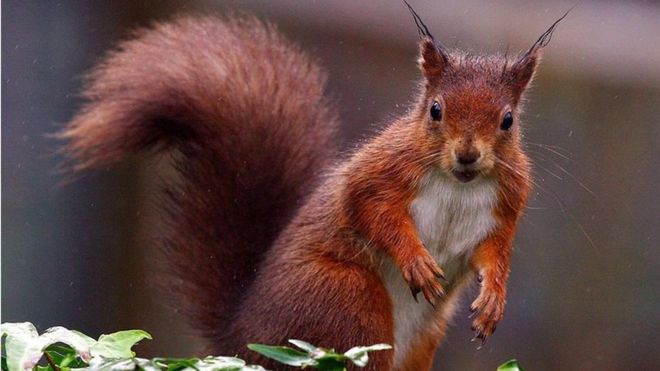 Badminton: Amid a tough 2022, world champion Loh Kean Yew is in search of his ‘better self’