Domestic interests have always prevailed in negotiations between India and the US, says ISAS’ Amitendu Palit.

SINGAPORE: On Jun 22, the US temporarily suspended entry of foreigners under specific categories of temporary work visas, disrupting the lives of non-immigrant workers to the US – particularly that of Indian workers.

Despite seemingly warm ties between US President Donald Trump and Indian Prime Minister Narendra Modi and an evolving geopolitical landscape that’s pushing India closer to the US, the visa suspension shows that for both countries, domestic interests always prevail.

The suspensions apply for H-1B or H-2B visas, J visas and L visas. H-1B visas enable skilled workers with graduate degrees to move to speciality occupations in the US. H-2B visas are for temporary workers in short-term non-agricultural services.

J visas enable researchers and experts under academic and cultural exchange programmes to travel to the US. L visas are for intra-corporate transferees, allowing international staff to move to the US within a multinational firm.

Mexico, China, and India are the largest recipients of American temporary work visas. During the fiscal year 2019, Mexico received around 1.5 million visas, followed by Mainland China with 1.2 million, and India with just under 1 million.

Non-immigrant visas to China have reduced significantly since President Trump assumed office in 2017 – but the current suspension doesn’t affect China much. It affects India most due to it being the largest recipient of H-1B visas.

H-1B VISAS IN THE CROSSHAIRS

President Trump said the intention of the visa freeze is to protect American workers, since the COVID-19 pandemic has severely impacted the local economy and jobs.

While this is the official explanation, the H-1B visa programme has long been in the Trump administration’s crosshairs.

President Trump has called it a cheap labour programme because it allows American companies to hire highly qualified foreigners in place of Americans, many of whom are young Indian IT workers willing to work the same job for less pay.

The US government has been slowly tightening visa regulations in line with the “Buy American and Hire American” executive order of April 2017, which aims to boost wages and employment for American workers by doubling down on immigration laws.

Since then, the H-1B visa programme has demanded higher qualifications in applicants and also blocked work permits for spouses of visa holders.

These moves seem to be taking effect. According to the National Foundation for American Policy, the rate of H-1B visa application denials in the first fiscal quarter of 2019 was 32 per cent, up from 24 per cent in 2018.

Before Trump’s presidency in 2016, only 10 per cent of H-1B applications were denied.

The H-1B visa suspension is consistent with the Trump administration’s unfavourable views towards foreign workers in the US, particularly those coming in through H-1B and eventually working long enough to obtain US citizenship.

As elections draw near, President Trump is also making an effort to fire up his supporters with a nationalist, anti-foreigner agenda. Indian skilled professionals shut out by the visa freeze are merely collateral damage.

US BUSINESSES SPEAK OUT

The suspension eliminates opportunities for Indian professionals, particularly IT specialists, to work in the US, at least for the rest of the year.

While existing H-1B and L visa holders are unaffected by the visa freeze, they face the prospect of their visas not being extended. This is grim news for Indian professionals at a time when tech industries are contracting and employment prospects diminishing across the world.

The order is also a major blow for prominent Indian IT firms such as the Tata Consultancy Services (TCS), Infosys, Wipro and Cognizant. These firms are major users of H-1B visas for shifting professionals from India to their US offices.

The move also impacts the US tech industry. For decades, the H-1B and L visas have been instrumental in supplying high-quality Indian talent to frontline tech companies and start-ups in the Silicon Valley.

Angry responses from all across the US tech industry were hardly surprising. Tesla, Microsoft, Amazon and several other firms argued that blocking skilled foreign professionals from entering the US would affect the competitiveness of the American tech sector at a critical time for post-pandemic recovery.

The long-term impact of the suspension might be cushioned if it doesn’t last beyond 2020. But if it does, then Indian IT businesses might be forced to consider relocating parts of their American operations elsewhere, such as Canada or Mexico, for servicing the North American market.

For several years, Delhi has demanded more liberal movement of professionals between India and the US. The Trump administration, however, is yet to oblige, and there’s little chance of it doing so as it ratchets up its nationalist agenda for the upcoming presidential elections.

But the visa issue has ballooned into a contestable electoral matter. Democratic presidential candidate Joe Biden has assured voters that he will overturn the suspension upon election.

The suspension of non-immigrant visas affecting Indian interests underscores the chasm existing between US and India on bilateral trade. Both countries, while working to reach a trade deal, have gotten stuck on unresolved issues.

The US withdrawal of the Generalized System of Preference (GSP) benefits to Indian exports has taken away Delhi’s preferential access to the US market.

India’s calls for restoring the benefits haven’t been successful. On the other hand, US demands for deeper tariff cuts on dairy exports and flexible rules for data localisation to facilitate e-commerce flows have not been met by India.

Both countries are reluctant to yield deeper market access on politically sensitive areas. The visa suspension shows that these stances are unlikely to change, making prospects of reaching a US-India trade deal very dim.

Washington’s and Delhi’s problems with trade persist despite the two being driven closer together by shared strategic discomfort with China.

US and China hostilities have sharply increased after the COVID-19 pandemic. Ties have also worsened between India and China, following the military standoff on its borders in the Himalayas.

These have been preceded by the US’s forceful articulation of the Indo-Pacific Strategy – a vision where the US and India, along with Australia and Japan, figure as major centres of power to counter-balance China’s influence in the region.

The visa suspension by the US is a somewhat unexpected development at a time when both India and the US have gotten remarkably close on geopolitics.

Contentious issues like the movement of foreign professionals would continue to obstruct the growth of a comprehensive bilateral trade partnership, in spite of deeper ties elsewhere.

Tue Jul 7 , 2020
ROME: A hospital in Rome said on Tuesday (Jul 7) it had successfully separated two-year-old twins joined above the nape of their necks, after three risky surgeries. Joined skull to skull, sisters Ervina and Prefina were born with a condition the Bambino Gesu (Baby Jesus) Pediatric Hospital in Rome called […] 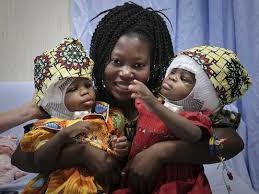 US Coast Guard reports 39 missing from capsized boat off Florida